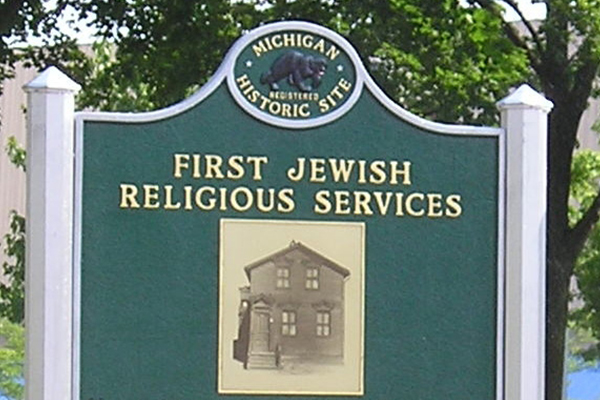 "Near this site, in 1850, a small group of German-Jewish immigrants gathered at the home of Isaac and Sarah Cozens and formed the Bet El Society.  Here Marcus Cohen, a layman, conducted the first Jewish religious service in Detroit.  The following year, at the urging of Sarah Cozens, the Society was incorporated under the name of “Beth El,” meaning “House of God,” and thus became the first congregation in Michigan which is still in existence.”

By 1850, in Detroit, there were some 50 or more Jewish families, and thus enough Jewish men to form a minyan of ten (women could not be counted in the minyan). Early Jewish residents, Sarah and Isaac Cozens, invited those men to worship in their home, which was located on Larned Street, not far from the Detroit River (present day Blue Cross Blue Shield Building) and formed the Bet El Society. Marcel Cohen, a layman, conducted that first service, thus earning the congregation the honor of being Michigan’s oldest congregation. While it was typical for a newly-formed Jewish congregation to first meet in someone’s home, the congregation quickly outgrew their quarters and rented a small building. A year after their founding, they then renamed themselves Temple Bet El, meaning House of God. They worshipped as Orthodox Jews, since, at that time, no other sects of Judaism existed. Today, Temple Beth El, remains an active congregation, located in Bloomfield Hills. 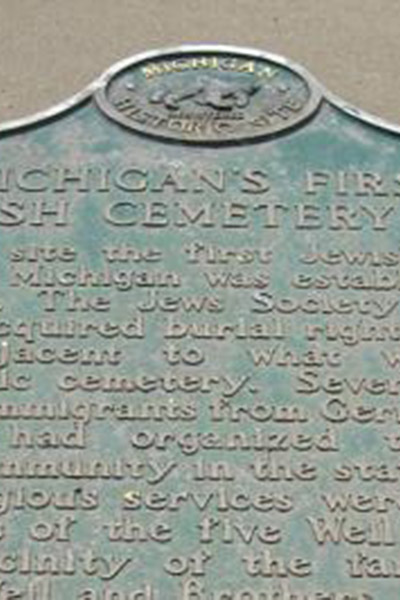