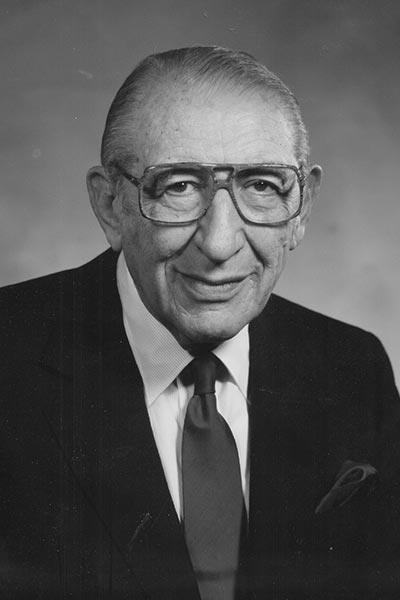 Max Martin Fisher was born on July 15, 1908, in Pittsburgh, Pennsylvania, to Velvil Fisch (William) and Malka Brody (Mollie), Russian Jews who immigrated to the United States the year before Max was born to escape religious persecution.

Fisher spent his early years in Salem, Ohio and was a football standout in high school. He attended Ohio State University on a football scholarship, graduating in 1930 with a bachelor’s of science degree in accounting and economics. Immediately after graduation, Fisher went to Detroit, where his parents had moved, and became employed by his father at Keystone Oil Refining Co., a motor oil recycling company. In 1932, Fisher and two other men formed a venture with Aurora Gasoline Co. of Detroit to sell fuel to service stations. Aurora turned a profit its first month of operation. In 1959, Aurora became a subsidiary of Marathon Oil Company, and Fisher continued to serve as its chairman of the board of directors until Aurora’s dissolution in 1962, when it was sold for $150 million. He then joined the board of directors at Marathon.

Over the decades and until his death in 2005, Fisher made highly successful deals and partnerships that expanded his empire and made himself and his partners very prosperous. He took over the chairmanship of United Brands in 1975 and revived the ailing firm. In 1977, Fisher, A. Alfred Taubman and Henry Ford II bought a share of the Irvine Ranch property in Orange County, California, for $337 million, selling it in 1983 for $1 billion. That year, the three bought the Sotheby Parke Bernet auction house in London for $130.8 million. Sotheby’s Vice President Diana Phillips called Fisher in a 1998 Detroit News article a “world citizen, instrumental in steering an international company through rough times.”

Business and financial success was just part of Max Fisher’s global impact. He firmly believed that his success obligated him to give back to the causes he supported. Fisher became a giant in philanthropy. Education, Jewish and secular, was a priority for his generosity. He focused on Israel and the support available from American Jewry. He became Chairman of the United Jewish Appeal and then the United Israel Appeal. In 1967, he raised $200 million in private donations to Israel in 30 days. He chaired the board of the Jewish Agency for Israel for many years, serving as a shadow diplomat between the Israeli and U.S. governments. In 1977, President Carter invited Fisher to watch Israel’s prime minister and Egypt’s president sign the Camp David accords.

Fisher was among the first to realize that the Jewish community could and should have an important impact on Republican party policies, on the state and national level. He was among the founders of the Republican Jewish Coalition. Fisher was a trusted advisor to many U.S. Presidents in the 1970s and 1980s. They turned to him, officially and unofficially, on important decisions related to policy toward Israel and American Jewish issues. He was a powerful fundraiser for Presidential political campaigns and was a lifelong supporter and power broker of the Republican National Party. He chaired the 1991 Inaugural Anniversary Gala, which raised more than $7 million for the party.

Max Fisher was passionate about the city he called home for seven decades. In 1969, Fisher was elected chairman of New Detroit, a civic group formed in 1967 to rebuild Detroit after the civil unrest, and he was the founding chair of the board of Detroit Renaissance. In 1982, Fisher and Taubman broke ground for the Riverfront West apartment complex in Detroit.

“I’m very optimistic about the future of Detroit,” he said in 1998. “I see a turning point, a different spirit. I see a real renaissance ahead.”

Max Fisher was the recipient of more than 60 awards in his life, including the Presidential Citizens Award presented by Ronald Reagan, the Alexis de Tocqueville Society Award of the United Way of America, the William Booth Award by the Salvation Army, a Distinguished Citizen Award from Wayne State University, and the Ben-Gurion Centennial Medal from the State of Israel Bonds. He was conferred with 13 honorary degrees including those from his alma mater Ohio State University, Michigan State University, Eastern Michigan University, Hebrew University of Jerusalem and Yeshiva University.

At age 96, Max Fisher died on March 3, 2005, at his home in the Detroit suburb of Franklin. His fortune was estimated at $775 million in Forbes magazine’s annual ranking of the nation’s 400 wealthiest individuals. But it wasn’t his wealth that made him outstanding. It was his passion for often-unrecognized service, for the Jewish community and Israel, his skills as a dealmaker, negotiator, and advisor.

Above all, Fisher is remembered for his extraordinary philanthropy. He supported causes large and small, from students needing tuition help and individual families facing hard times, to social service agencies and educational organizations. His impact can be seen in general humanitarian efforts from the city of Detroit to causes around the world. 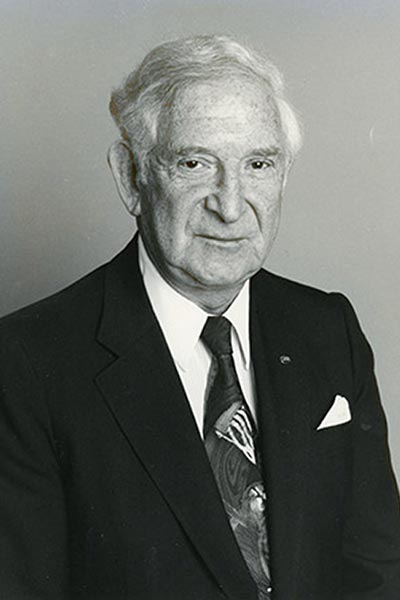 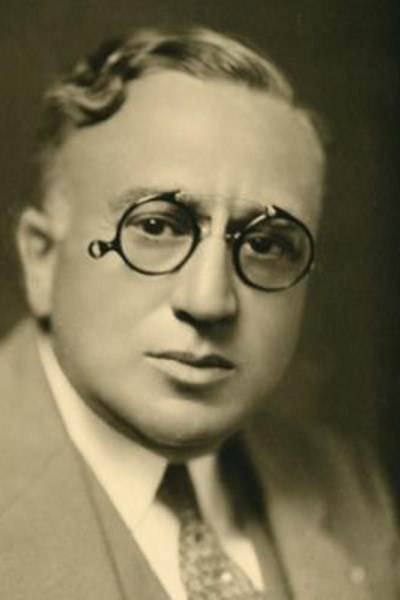 Helen and Aaron Deroy
back to top