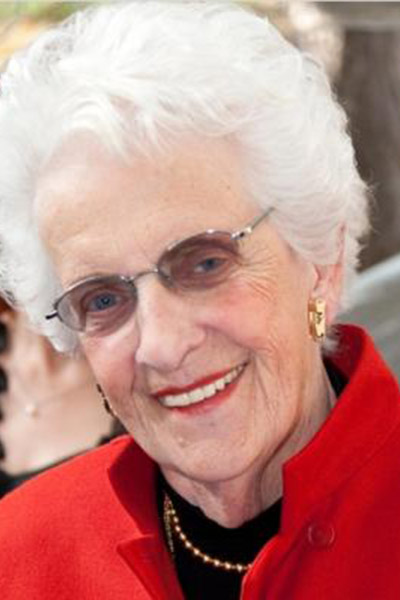 Bottling, plastics and packaging visionary with a passion for the arts

Born in Detroit in 1921, Ms. Jacob received a bachelor in fine art degree in Industrial Design from Wayne (State) University in 1942, and soon after, went to work for MJS Packaging, a glass container business begun by her grandfather, Max Jacob, in 1885. Initially, it was the men in Max’s lineage who grew the company, but as Max Jacob’s granddaughter, Elaine revised the formula. She humbly set out to work in the family business, but she also paved the way for more women in the company’s leadership and throughout the packaging industry.

Early on in her career, Elaine recognized the importance of plastics packaging in the industry and convinced others in the company to take advantage of plastics applications. This led to her taking an active role with the National Association of Container Distributors, where she was faced with some challenges.

In an article for NACD magazine, she said she was excited to attend their meetings, but was appalled by the lack of content at her first meeting. “The guys would talk for 30 minutes and then play cards and smoke cigars,” she said. The kind of woman to not only talk about needed changes, Elaine also took action, and became the first female president of the NACD in 1977, serving until 1979.

In addition to a keen head for business, Elaine also had a passion for fine art. She and another artist opened Creative Design Studios, a jewelry and silkscreen textiles studio. She also taught a course at Wayne State’s School of Business Administration to prepare young women to run businesses.

Along with other family members, she underwrote the renovation of the Max Jacob House (located on the Wayne State University campus) in the late 1970s. Her generous donation to endow a new campus art gallery led to the creation of the Elaine L. Jacob Gallery in 1997, which has since become a top venue for exhibitions of important local, national and international contemporary art.

On April 27, 2017, Elaine L. Jacob was inducted in memoriam into the National Association of Container Distributors Hall of Fame. “Through conversations with industry insiders and from the close relationship I shared with my Great Aunt Elaine,” said nephew Matt McDonnell, MJS Director of New Business Development, “it is apparent she was instrumental in shaping the legacy within our 132-year-old company and the industry at large.”