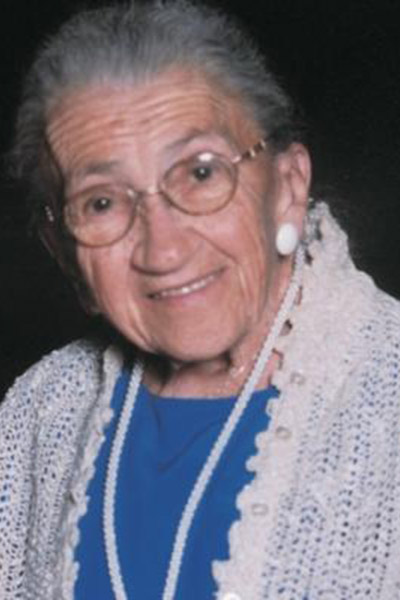 For almost 50 years, Dr. Evelyn “Effie” Golden practiced medicine in Flint, Michigan, specializing in the ailments of women and children. But this achievement had its genesis in tragedy.

Effie Cohen was the child of Lithuanian immigrants. Her parents, Ida Hassel and Isadore Cohen, met and married in Milwaukee and had four sons. In 1909, a scarlet fever epidemic swept through Milwaukee, taking the lives of Effie’s four brothers – aged 1, 4, 6 and 8 – in the span of three weeks. “Somehow,” she wrote, “my parents had the courage to start a new family: My sister, my brother, and me.”

Her parents did not talk about the boys when Effie was growing up, she said. “I recall going up to the attic and finding boys’ clothing, and wondering why my mother was saving them,” she wrote. A visiting aunt told the story of the hearse visiting the Cohen home four times and said it was a secret never to ask her parents about.

“I was influenced by this tragedy,” she wrote. “It was something I never forgot. It haunted me.” At the University of Wisconsin, Effie had her first science class and saw under a microscope the streptococcus bacteria, the infectious disease that killed her four brothers. “I looked at that slide for a long time,” she wrote, “and tears rolled down my face. I knew the path I wanted to take.”

In 1936, she was one of three women to graduate from the University of Wisconsin Medical School. She became the first female intern at Flint’s Hurley Hospital, which converted a broom closet into a bedroom for her. She was the medical advisor to the Flint Public Schools for 17 years. For years, she provided free medical exams to girls wishing to attend Girl Scout camp.

Evelyn Cohen married H. Maxwell Golden, M.D. in 1939; they had six children together. Effie was an active member of Temple Beth El and Congregation Beth Israel sisterhoods in Flint. She was a founding member of Mott Children’s Health Center and worked with the North End Soup Kitchen, Meals on Wheels, Urban League of Flint and the Salvation Army, among many other organizations. In her 80s, she taught exercises to other seniors, wrote monthly senior medical columns, prepared meals for the Senior Lunch Program, and was a language tutor for new immigrants. Her husband, H. Maxwell Golden, died in 1983, the year Effie retired from private practice.

Dr. Evelyn Golden received numerous awards during her life and posthumously, including Michigan’s Senior Citizen of the Year (1999). She was honored with the education wing bearing her name by the Flint Community Planned Parenthood Association, and was inducted into the Michigan Women’s Hall of Fame in 2016.