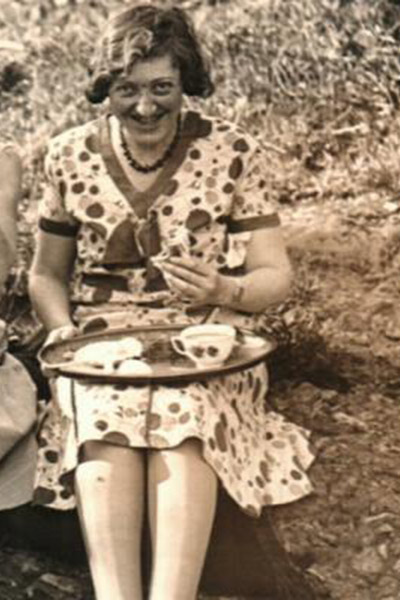 Ida Blum loved her friends, chocolate and Manhattan cocktails. But most of all, she loved teaching. As the oldest Jewish resident north of Hancock at her death in 1990, Ida spent 46 of her 96 years as a respected educator in the Calumet School district in Michigan’s western Upper Peninsula.

The eldest daughter of Benjamin Blum, a Lithuanian saloon keeper, and Bertha Berkovsky Blum, from Chicago, Ida’s childhood memories are locked into a dirt street, which she and her playmates shared with cows and carriages. In the 1890s, a resident rabbi provided Blum with her religious education, and she had a Bat Mitzvah ceremony, unusual in those days for girls.

A good pupil, Ida’s earliest ambition was to spend her life on the other side of the desk. She achieved her teaching certificate at the Michigan Normal College in Ypsilanti, now Eastern Michigan University, in 1914. Her first teaching job was at Eugene Field school in Swedetown, a hilltop community west of Calumet, but most of her career was spent teaching fourth grade in Calumet to children of Finnish, Swedish and Slovenian immigrants. Ida’s classroom was adjacent to the principal’s office, and he dictated that when he visited her class, he wanted no noise other than to hear the clock ticking. As such, she is remembered as a just but strict teacher. Indeed, in a 1987 interview, she said that if she went back to teaching, she would “be arrested, because I wouldn’t put up with (students’) sass.”

Ida attended summer classes at the then-Michigan College of Mines in Houghton, now Michigan Technological University, graduating with her bachelor’s degree in 1950. She retired from teaching in 1960, long before the advent of calculators and computers, but she found them “fascinating” and admitted that if she had been born into a later time, she would have pursued computer science as a career.

Ida never married, claiming she never found a suitable Jewish man in Calumet. But she was surrounded with a legion of friends, who claim she was a mean pinochle and bridge player in her later years. She made regular trips to California to visit family, and she knit scores of mittens for Calumet charities. Ida Blum was honored by many of the organizations to which she belonged, perhaps most notably as Temple Jacob’s oldest member in 1987, when the congregation held its 75th anniversary celebration.