Worked in Detroit fuel oil business, baked for the USO every week during WWII

Estelle Silverman lived a short but eventful life. Born Estelle Meyerson in Russia, she and her parents, Rose and Abraham, and their eight children immigrated to the United States in 1908, when Estelle was three years old. Originally, the family settled in Dubuque, Iowa. In 1930, Estelle met and married Aaron Silverman, another Russian immigrant. They moved to the Detroit area, where together they ran a gas station/fuel oil business.

“Estelle was the brains and the driving force behind the business,” said daughter-in-law Marcia Silverman. “She collected the paid accounts, very often in arrears.”

The Silvermans had two sons – Alan, in 1933, and Robert, in 1935. When Robert’s bar mitzvah was held at the Book Cadillac Hotel in Detroit, Estelle was the height of fashion.

Estelle was most well-known for her homemaking skills, which were unchallenged. She put her exceptional baking skills to good use, providing baked goods to the USO every week during World War II.

She was involved in Tzedakah, which donated a Torah to the State of Michigan in her memory at the time of her early death.

Below: Estelle Silverman's recipe for Key Lime Pie, in her own hand. 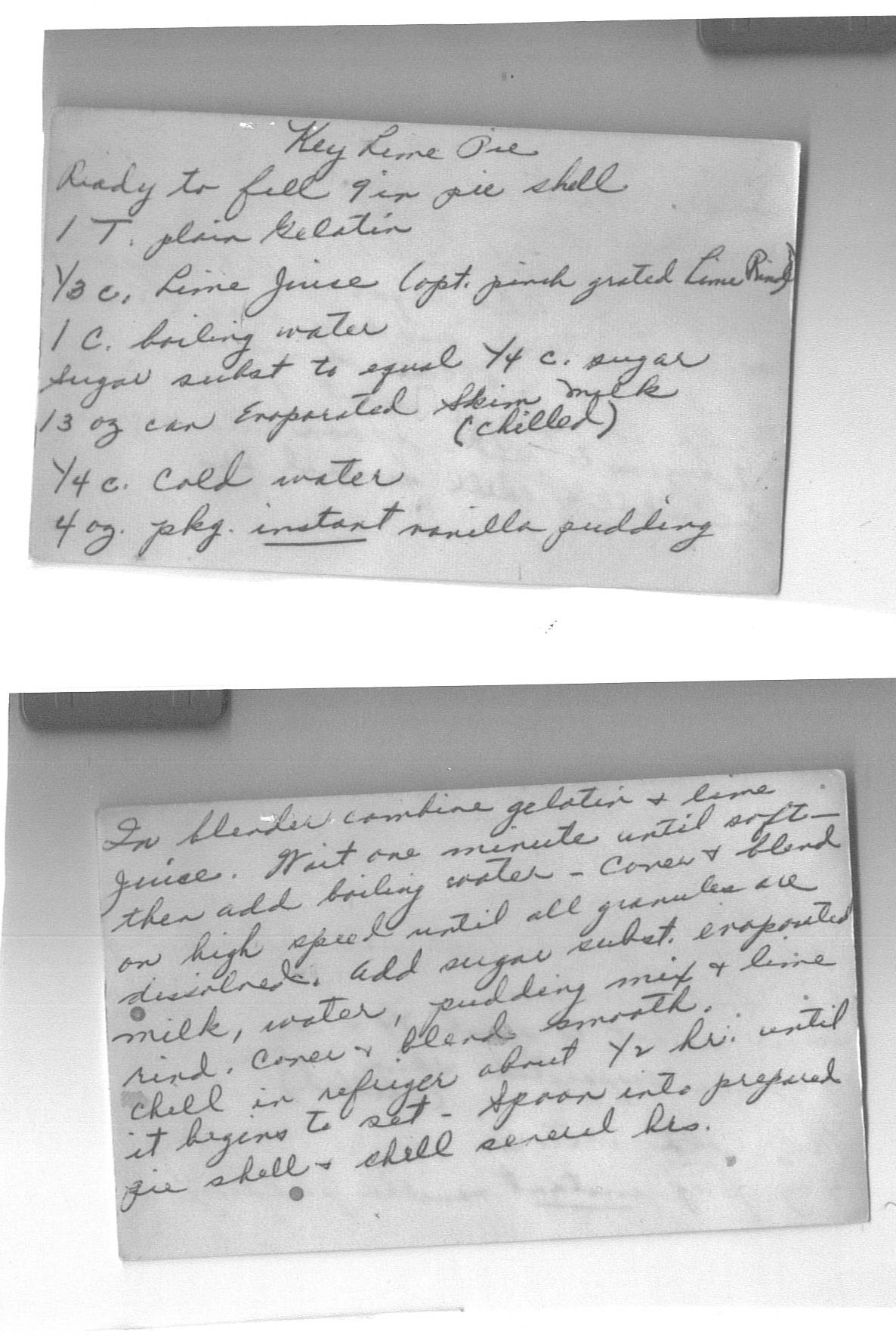