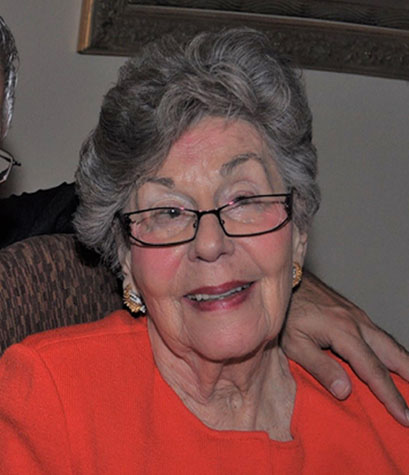 The daughter of Polish immigrants to the sparsely settled Upper Peninsula of Michigan, Sylvia Casper Cohodas grew into a cultured and influential woman. During the 1940s, she earned a B.A. degree from the University of Michigan, married, started a family, and settled in her birthplace of Ishpeming. Remembered as the liberal voice in a largely conservative family, she had a passion for social justice. Her motto was “give until it feels good.”

This philosophy translated to decades of support for Jewish philanthropic and educational organizations. She was a passionate supporter of the State of Israel and of women’s rights. One of her lasting achievements was her role in founding Temple Beth Sholom in Ishpeming in 1953. Until that time, the communities of Ishpeming, Negaunee, and Marquette did not have an organized Jewish congregation. The Jews in that area met in the American Legion Hall annually for High Holy Day services led by a student from an Orthodox yeshiva in Chicago. At Temple Beth Sholom, Sylvia co-signed the articles of incorporation, led fundraising efforts, taught religious school, conducted the choir, and was the first to sing “Kol Nidre” at High Holiday services in the new synagogue.

Later, she and her family moved to Appleton, Wis., where she influenced the decision of Moses Montefiore Congregation to end its policy of segregated seating for men and women. Sylvia and her husband, Arnold, returned to the Upper Peninsula and settled in Marquette, where they again became involved with Temple Beth Sholom.

Friend Constance Arnold met Sylvia in the 1990s when they were both serving on the Temple Beth Sholom board. “Always the voice of reason, she was gracious and showed good judgment,” Constance said. “She was a very prominent face of Judaism in our small and geographically isolated region of the Upper Peninsula of Michigan.”

After the death of her husband, Arnold, Sylvia moved to Longboat Key, Florida. In that city, too, she played a prominent role in the lives of both the Jewish and general communities. She was a member of the Sarasota Chapter of Hadassah and traveled to Israel with a delegation. When she was in her 70s, in 1997, she celebrated her bat mitzvah at Temple Beth Israel in Longboat Key.

In 2009, Sylvia Cohodas was honored as the first recipient of the Lifetime Achievement Award by the Sarasota-Manatee Jewish Federation, an organization she valued highly for its grass roots mission.

“We take care of people on the most basic level,” she said. “We put a roof over their heads, food in their stomachs, we educate them and their children, we help them find jobs and so much more.”