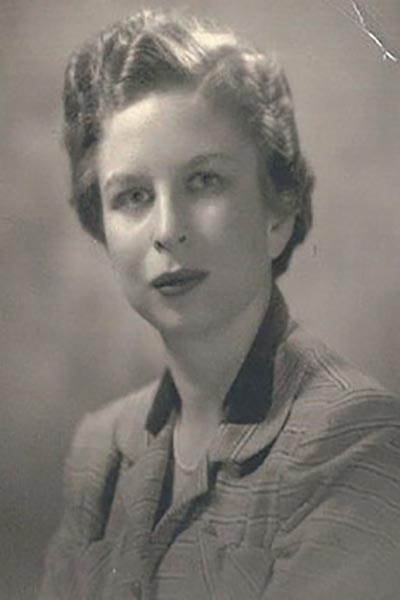 Janet Lynn, founder of the Citizens Council for Land Use Research and Education, was an instrumental figure in educating the public about land use and planning in southeastern Michigan. Born in New York City to descendants of Eastern European Jews, Janet Ruth David married Dr. David Lynn, a gastroenterologist, and the couple settled in Detroit’s Indian Village neighborhood in 1953, moving to Oakland County in 1955.

Drawing on her work experience with the Women’s Trade Union League of New York, and bachelor’s and master’s degrees in political science, Janet was active in the League of Women Voters while raising the couple’s four children: David, Deborah, Thomas, and Claudia.

In 1966, Janet was instrumental in the formation of a new reform Jewish congregation led by Rabbi Ernst Conrad. The congregation would later become Temple Kol Ami, and open its building in 1975 in West Bloomfield.

During the 1970s, Janet became a leader in protecting natural spaces and advocating for sustainable land use in Oakland County. In 1971, in response to her concern that the natural richness of West Bloomfield Township might be destroyed, Janet founded the Citizens Council for Land Use Research and Education, Inc. (CLURE). CLURE’s mission was three-fold: To educate the public about the land use decision-making process; to promote the need for reforms in the public interest; and to encourage citizen participation in land use planning.

Among CLURE’s most publicized projects were their efforts to halt the proposed Northwestern Highway Extension and the related M-275 freeway discussions, and efforts to stop construction of proposed shopping centers in West Bloomfield and Novi, Michigan.

In the early 1970s, Janet discovered the federal government required an impact statement when federal funds were to be used for a large project, and that there was an order from Michigan Governor William Milliken that impact statements be written for projects using state funds. CLURE requested a statement from the (then) Michigan Department of Highways and Transportation, sued the state to halt acquisition of right-of-way property for the Northwestern Highway Extension project, and requested that public hearings be held on the matter. Because of Janet’s personal efforts and those on behalf of CLURE, construction of the expressway was halted in 1977.

Organizing the legal defeat of the westward expansion of Northwestern Highway was, according to her son, Thomas Jay Lynn, his mother’s most notable achievement. “My mother had an abiding passion for the natural world and made a call of conscience to the human world that depends on it,” he said.

Janet’s longtime friend and collaborator, Lorna McEwen, wrote: “When I first met you, West Bloomfield was about to be bisected by a freeway; the southwest corner cut off from the rest, wetlands and woodlands filled or swept away forever. Your letter to Governor [William] Milliken began a process that prevented this scenario from happening, and we are all the better for it.”

In recognition of Janet Lynn’s environmental achievements while leading CLURE, the files of which are now housed at the University of Michigan’s Bentley Library, she received the William Milliken Governor’s Award in 1976. She was further honored by West Bloomfield Township through her participation in its 1976 parade to acknowledge the Governor’s Award.

After Janet’s death in 2007, a group of friends organized the placement of a memorial bench at the historic Schulak Farm, part of the West Bloomfield Township Parks and Recreation Department.