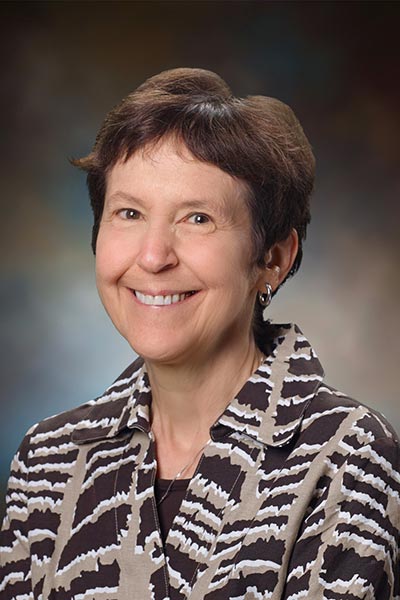 Lifelong learner at the forefront of Holocaust education

Growing up in New York City in the 1950s and 1960s, Margaret (“Gigi”) Louise Goldin first spent time in Michigan when she studied piano and chorale at the National Music Camp at Interlochen during the summers of 1962, 1963, and 1964. She later enrolled in the University of Michigan, and met her future husband, educator Gary Lincoln, her sophomore year. After earning a B.A. in French in 1970, Gigi and Gary married in 1971, and moved to Arizona, where Gary had a teaching assignment and Gigi earned a secondary teaching certificate from Arizona State University.

In 1972, the couple was recruited to teach in New South Wales, Australia, when Gigi noticed a student had scribbled a swastika on a desk. She asked the student if he knew the population of Australia, then six million people, then used the power of metaphor to connected that figure to the number of Jewish Holocaust victims. This was a true “teaching moment," becoming a catalyst for Gigi’s Holocaust awareness efforts in the decades to come.

The following year, the couple returned to Michigan where Gigi earned a master’s degree in library science from the University of Michigan.  The couple settled in Battle Creek, and Gigi became District Librarian for Lakeview Schools, a position she has held for 44 years.

The Lincolns encountered more than an occasional anti-Semitic remark in 1970s-era Battle Creek. As a public school librarian, Gigi knew she had to make an impact on the established curriculum, which then had no mandated Holocaust-education component.

In 2002, Gigi was selected as a Teacher Fellow with the United States Holocaust Memorial Museum (USHMM) in Washington, D.C., and brought the Oskar Schindler traveling exhibition to Temple Beth El in Battle Creek. Nesse Godin, a Holocaust survivor, addressed community attendees in conjunction with the exhibit.

Two years later, at age 54, Gigi received a fellowship to pursue a Ph.D. in information science through the University of North Texas. She connected her doctoral research to the experience of bringing a second USHMM exhibit, “Life and Shadows: Hidden Children and the Holocaust,” to the Art Center of Battle Creek.

Subsequently, Gigi has spearheaded numerous Holocaust-education projects, including bringing nationally renowned traveling museum exhibitions to Michigan; organizing blogs to promote discussion among high school students, arranging for speakers such as activist Gerda Weissmann Klein and actor Theodore Bikel to visit Battle Creek, and creating/moderating a collaborative online workspace to allow Holocaust educators to address pedagogical issues and to share resources and materials. These, and many other projects, have had an immeasurable impact on a vast intergenerational audience.

She is a contributor to, or author of, at least 11 publications, the most recent of which is the chapter, “The Use of the Internet in Teaching and Studying About the Holocaust,” included in the 2016 book, Essentials of Holocaust Education: Fundamental Issues and Approaches. Together with Holocaust survivor and artist Dr. Miriam Brysk, Gigi co-authored The Stones Weep: Teaching the Holocaust through a Survivor’s Art. In 2017, Gigi organized a lecture series by author Edwin Black for audiences in Flint, Battle Creek, Grand Rapids, and Kalamazoo.

Gigi’s ability to build interfaith and organizational coalitions of volunteers to bring Holocaust education to the area’s students and adults is noted by Larry Kaiser, Co-President of Temple Beth El in Battle Creek.

“(Gigi)’s local efforts are now models for Holocaust education curricula,” he said. “Everyone who shares the experiences she has created is emotionally touched.”

In addition, Gigi maintains an active membership and involvement in the Battle Creek Jewish community.

“We are all richer for her creativity, knowledge, and dedication,” Larry said. “She is a joy to know and a blessing for our Temple Beth El.”

At age 68, the moments when Gigi thinks of retirement are fleeting and few between. “There is a challenge when you do things that others might not see as important,” she said. “But you do them, and you see the spark, and the appreciation, and you know you’ve made a difference.”