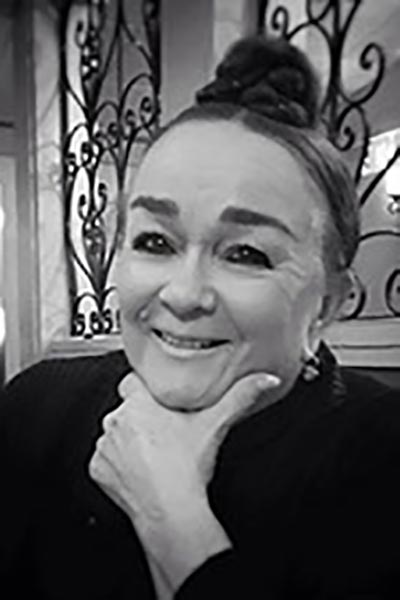 Patricia Polacco is a consummate storyteller and illustrator, beloved among children, parents, teachers, and librarians. To date, she has written and illustrated 115 books for children, many of which draw on her personal experiences growing up in rural Michigan.

“The power of her stories is that they present differences respectfully and joyfully,” said author and historian Aimee Ergas. “These are not just ‘children’s books’; educators at all levels, from kindergarten to college, as well as leaders of adult book groups, use Polacco’s stories to stimulate discussions about values, character, and social issues.”

At a young age, Patricia was a natural artist, but had a hard time in school, until a teacher understood she had dyslexia. She did not learn to read until she was almost 14 years old. The early part of her career was spent in the field of art, as she traveled and worked around the world while earning a Ph.D. in art history. It wasn’t until she was over 40 years old that she wrote and illustrated her first book – and found her true calling.

In her work, Patricia respects young children enough to believe they can accept their small but essential places in the community and identify with others very different from themselves. Her stories encourage readers to care about the very young and the elderly, those who lived in different times and places, and those of different racial, ethnic, religious and national backgrounds. Her books explore issues big and small, from sibling rivalry and a child’s fear of thunderstorms, to a parent’s losing a job, and “where does the wind come from?”

Jewish heritage and values (such as tikkun olam and tzedakah) play important parts in many of Patricia's books. Holiday traditions are maintained and shared in stories like Trees of the Dancing Goats (Hanukkah), Mrs. Katz and Tush (Passover) and Tikvah Means Hope (Sukkot). Among her most beloved books is The Keeping Quilt, which demonstrates the importance of family, tradition and culture through a Jewish immigrant family's heirloom quilt.

Patricia has received numerous state, national and international awards for her books, but is also recognized for her advocacy on many fronts, including children’s rights, freedom of speech, and anti-bullying campaigns.

“We should be proud that this daughter of Michigan has achieved prominence in her field, received many awards, and entertained and inspired so many children and adults, while creating a literature of enduring importance,” Ergas said. “Her books are treasured by many and passed from one generation to the next.”