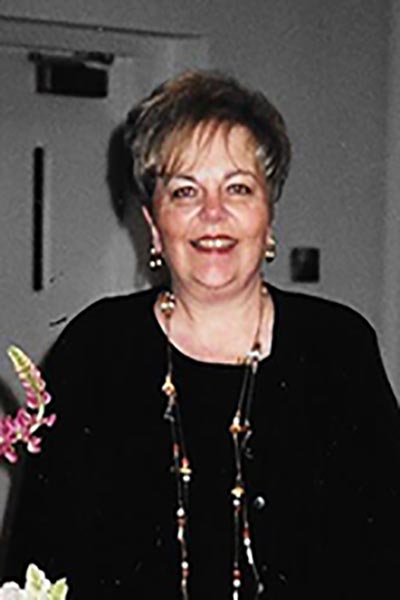 Quite simply, what Donna Boorstein set her mind to, she accomplished.

“My mother’s motto was, ‘How are you going to know what you like, unless you try everything?’” she once told a newspaper reporter. “So, I tried everything.”

The eldest of two daughters born to real estate developer Sam Goodman and Celia Litwin Goodman, Donna was brought up in a Kosher home with two congregations, belonging to both a temple and a synagogue. She was the only girl in her Hebrew classes (1950-1954) and was featured as the 1955 Teenager of the Year for the Toledo Jewish Community Center.

She met her husband, Bill Boorstein, at the University of Michigan, marrying him in 1960 just before her graduation with a B.A. in speech therapy. They had three children and moved to Columbus, Ohio, where Bill joined the Ohio State University faculty as a professor of engineering, and Donna worked as a school district speech therapist.

“When we moved to Columbus, we knew absolutely no one,” Bill recalled. “But you had to know Donna and her outgoing personality. It wasn’t long before we made good friends, many of whom still keep in touch with me today.”

A talented artist in a variety of media including pottery, painting, fiber arts and decoupage, Donna did art demonstrations in schools and in homes, as well as teaching ceramics at the Jewish Community Center.

In 1972, the family moved to Grand Rapids, Michigan, where she immediately began teaching art for the city’s recreational program and soon after, founded and oversaw a Cultural Arts program at East Grand Rapids High School, raising her own funds for the program.

“We had a dancer, a musician or some type of artist visiting all of the grades from kindergarten right up to 12th grade,” Donna said. “My biggest thrill was a visit from the National Aeronautics and Space Administration.”

The Boorsteins immediately became active at Temple Emanuel in Grand Rapids, where Donna taught Sunday School and became one of the first adult women to have a Bat Mitzvah in 1976. Once her youngest child was in college, Donna worked as a salesperson for Siegel Jewelry Stores and later, became a Vice President for Administration with Franklin Metal Trading Corporation.

Drawing upon her gregarious personality, creative streak, sales experience and organizational skills, Donna became an unstoppable force for any project she undertook, becoming a consummate event planner and fundraiser.

“When Donna called to ask for help with a project, to attend a program or to buy a charitable item, most everyone agrees that it was almost impossible to say no to her and so she rarely got turned down,” Bill Boorstein said. She was not afraid to go back to people who had pledged money but were dragging their feet making a payment. “This is an important factor,” she said. “People just put it off and need a personal reminder.”

In 1979, Donna was diagnosed with Stage 3 breast cancer. After extensive surgery and throughout two years of aggressive chemotherapy, she continued to volunteer at the high school, temple, and in other organizations both Jewish and secular. In fact, one of her most successful fundraisers, the Temple Emanuel “Virtual Tea Party,” was conceived when Donna was undergoing treatment.

“I was not feeling so well at the time and also planning a wedding for my daughter,” she said. “I needed to do something simple, not stressful, and not time-intensive.” The event raised more than $6,000.

At Temple Emanuel, Donna volunteered on the board and on numerous committees for more than 30 years and was honored as Congregant of the Year in 2006. She was active in Temple Emanuel Sisterhood, Hadassah Grand Rapids, and with the Jewish Federation of Grand Rapids. With Federation, she volunteered multiple years on the steering committee for the Jewish Film Festival, “spending many, many hours viewing films to determine whether the content was appropriate for the Festival’s theme that year,” Bill said.

Donna’s other philanthropy included acting as graduation co-chair for East Grand Rapids High School, volunteering as a docent and fundraising for the Grand Rapids Art Museum, and making calls in support of the Democratic Party.

Although Donna suffered nausea and fatigue from her medications, she continued to devote much time to her chosen civic and religious interests until cancer took her life in 2011.

Making a difference in the lives of others despite the toughest of situations was of the utmost importance to her, Bill said.

“Her mind was always churning about how to achieve a successful outcome for a cause,” he said. “Through her magnetic personality and willingness to give of her herself, she was successful in whatever goals she set out to accomplish in her business life, for her Temple, or charitable causes for the arts.” 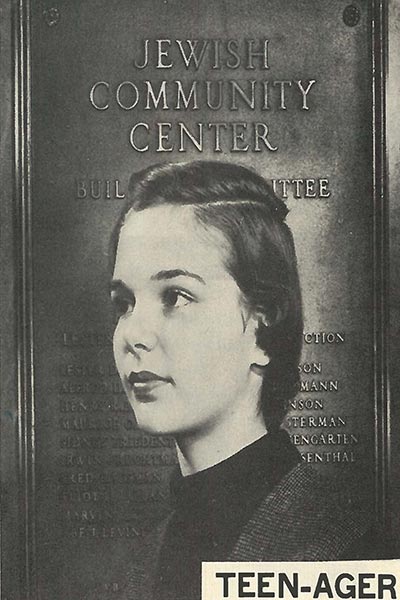 Photo captions: (Top) Donna Boorstein at one of the many fundraising events she helped to organize; (bottom) Donna Goodman (later Boorstein) in 1955 when she was named Teenager of the Year by the Toledo Jewish Community Center.