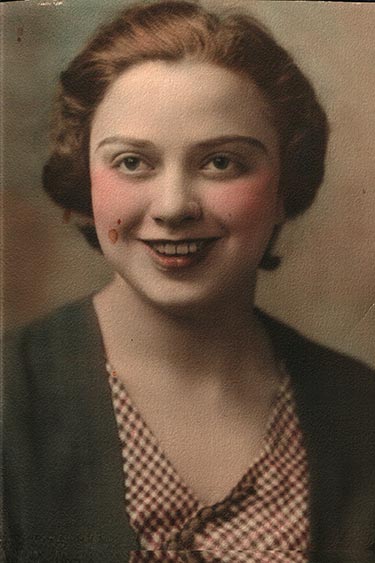 Attorney and artist with a passion for lifelong learning

Estelle Koblin Nelson may have become a lawyer by default, but that didn’t deter her from excelling at that profession, and anything else she set her mind to.

The family had a strong Jewish identity with a reverence for learning. While in law school, Estelle was an officer and active member of the law professionals sorority Kappa Beta Pi, established to aid women in the legal profession and promote fellowship. In addition, she was one of the first officers of the university’s Women’s League, instituted to promote the social and academic interests of the university’s female students.

When she obtained her law degree in 1936, Estelle was one of only two females in her class. She was also one of only four women in Michigan at that time admitted to the State Bar. Her gender, however, prohibited her from court appearances, so she turned her energies into the research of law, and often helped her father negotiate contracts.

While attending a wedding, Estelle met wedding crasher Harold Nelson, and they married in 1937. Together, they raised two daughters, Marcia and Susan. Estelle’s interest in community affairs soon led her to becoming active in several women’s organizations and local charities, including the American Jewish Congress; Susan remembers her mother hosting “meetings, meetings, meetings” of thirty to forty women being held at their home.

Estelle, however, longed to return to school, and after her children were grown, she began taking art classes through Mumford High School and art history classes at Wayne State University. This knowledge, along with her natural talent and a passion for the arts, led to her becoming a gifted artist in a variety of media, including fabric, print-making, and the needle arts.

She was a member of the Palette and Brush Club, the Scarab Club, the Bloomfield Birmingham Art Center Association, the Cranbrook Academy of Art, and the Surface Design Association of Michigan. She exhibited her work through one-woman shows in churches, synagogues, and the Oak Park Library, and was featured at larger shows at the Scarab Club and the University of Michigan.

“Her art was a passion, an expression of her self and identity,” Susan said. “She found validation of herself as an artist through her one-woman shows and with every piece of art she sold.”

In the mid-1960s, Estelle was hired as a librarian at the Oak Park library partly on her knowledge of Greek and Latin and a promise to the library director that she would obtain a Master’s degree in library science. Estelle fulfilled that promise and stayed at the Oak Park Library for about ten years. Following that, she became librarian at Temple Beth El in Bloomfield Township, where she remained for many years.

Both Susan and her sister, Marcia, remember their mother as a towering example of a Jewish woman pursuing her life’s gifts in art and academia.

“While her devotion to her family preceded all else, her quiet strength and independence in following her interests were valuable lessons to everyone in her life,” Susan wrote. “I have so much admiration for my mother. Her children, grandchildren and great-grandchildren have all inherited her lifelong love of learning.”