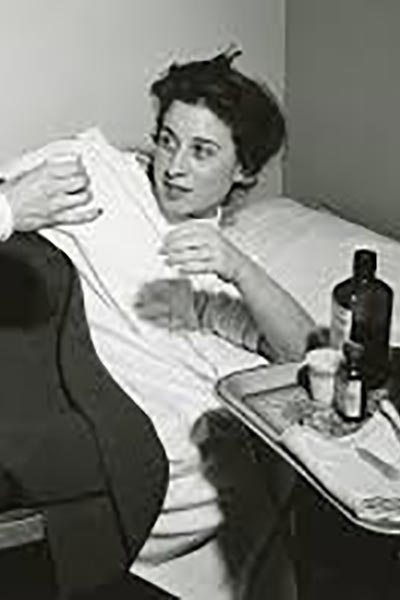 In 1936, Carrie Sittig Cohen bequeathed her estate to the United Jewish Charities. At the time, it was the largest bequest ever given to a Detroit Jewish philanthropic organization.

Born in 1877, Carrie was raised in Detroit by her parents Rose and Simon, along with her brothers Solomon and Joshua. The Cohens were a prominent Jewish family in Detroit that could trace their lineage to the founding of Temple Beth El in 1850. Carrie’s grandfather, Marcus, conducted the first service at Temple Beth El before a rabbi could be secured. Her Sittig grandparents were among the first known Jews to settle in the Ann Arbor area.

Little is known about Carrie’s life -- she never married nor had children, so there are no descendants to help keep her story alive. But she owned a considerable amount of wealth, much of it in the form of property. Many of the properties came with tenants, including a triangle-shaped building at the corner of Michigan and Lafayette Avenues in Detroit, which housed what archival documents referred to as a “hot dog place.” The restaurant(s), now known as Lafayette Coney Island and its neighbor, American Coney Island, are two of Detroit’s best-known cultural landmarks.

When Carrie died in 1936, her estate was worth close to $150,000. Today, that figure would be equivalent to $2.6 million. Her bequest to the United Jewish Charities, at the time, was the largest one ever given to a Jewish philanthropic organization in Detroit (made even larger when it was combined with her brother’s bequest in 1937). It was a record-making gift that stood for nearly two decades.

The combined estate created the Carrie Sittig and Joshua Cohen Fund. This fund helped pay for an addition to Fresh Air Camp and build the Rose Sittig Cohen Branch of United Hebrew Schools. Other agencies touched by her generosity included the Jewish Community Center, North End Clinic and the Jewish Home for the Aged.

Carrie Sittig Cohen was posthumously recognized for her philanthropic service when she was named to the Outstanding Jewish Women of the Year list published by Eve Magazine in September 1936.