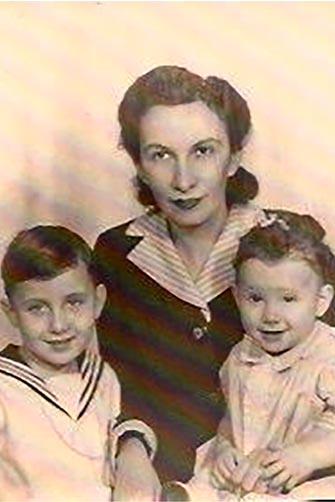 Always positive in the face of adversity

Despite having to endure financial hardships throughout her life, Sylvia Gordon Helfer accepted life’s many challenges and always found a bright spot.

The eighth of nine children born to European immigrants Mary Rudin and Morris Gordon, Sylvia (“Sorky”) grew up in Detroit in an intensely Jewish family. In 1933, at the height of the Great Depression, she married James (“Jimmie”) Helfer. Although Jimmie and Sorky were in love, there were no opportunities for them to improve their circumstances. They began their life together with financial struggles that continued throughout Sorky’s life. From the beginning, they lived with Sorky’s parents, as they could not afford their own apartment. They struggled to have children, but after seven years of marriage, Murray was born in 1940, and Marion followed three years later. They continued to live with family members, even with their own growing family, throughout their entire married life.

Jimmie died in 1956, leaving Sorky with two minor children, 15 and 12 years old. Without any insurance money, Sorky worked for an abusive relative at a low-paying job. She remained in the family home after Jimmie’s death, with her sister and brother-in-law living upstairs in the two-flat building. After her children married and moved to homes of their own, Sorky took in renters in order to pay the bills.

The family home was located on Roselawn, near Six Mile Road between Livernois and Wyoming in northwest Detroit. In 1968, following the tumultuous events in the city, the family decided to sell the house. Since there were so many siblings, Sorky realized very little from the sale and was forced to rent a room in a stranger’s apartment. Her children were supportive and provided financial help, but for a time neither lived in Michigan, making living with them impossible. Additionally, Sorky believed parents should not follow their children and, being fiercely independent, she accepted her situation and adapted. Although her grandchildren could neither visit nor spend the night, Sorky maintained a warm and loving relationship with them. She never complained. While she had few kitchen privileges, hardly able to cook a meal for herself, Sorky kept a kosher home. She lived in that rented room for 12 years.

In 1980, at age 70 and with the help of her children, Sorky moved into her own home for the first time in her life -- a senior housing apartment in Southfield. It was only then she voiced her first complaint that she “really did not like living in a room.” That simple statement was typical of Sorky’s positive spirit and acceptance of her circumstances.

In 1998, she moved to the Hechtman Jewish Apartments in West Bloomfield. For almost four years, she lived in a Jewish environment that celebrated Jewish life. “Those were, perhaps, the best years of her life,” said daughter Marion Freedman.

Sorky was active in B’nai Brith Women, in Parents Without Partners, and continued to work, even into her 70s, as a Kelly Girl or temporary office worker, taking pride in her pursuits and taking pleasure in her independence.

Sylvia Gordon Helfer died at age 92, leaving a great legacy of acceptance of life’s challenges and the importance of a positive attitude. She celebrated every life cycle event and holiday, ending each celebration with the words, “Let’s do this again next year.”

“My mother saw life realistically and learned to cope with that reality,” Marion said. “She taught us the importance of making every day count, never seeing herself as a victim. Her upbeat spirit continues to inspire us and, to this day, she remains a truly inspirational role model for her family and for anyone who had the good fortune to know her.” 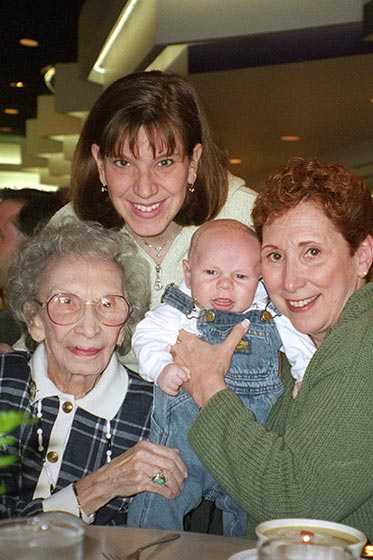